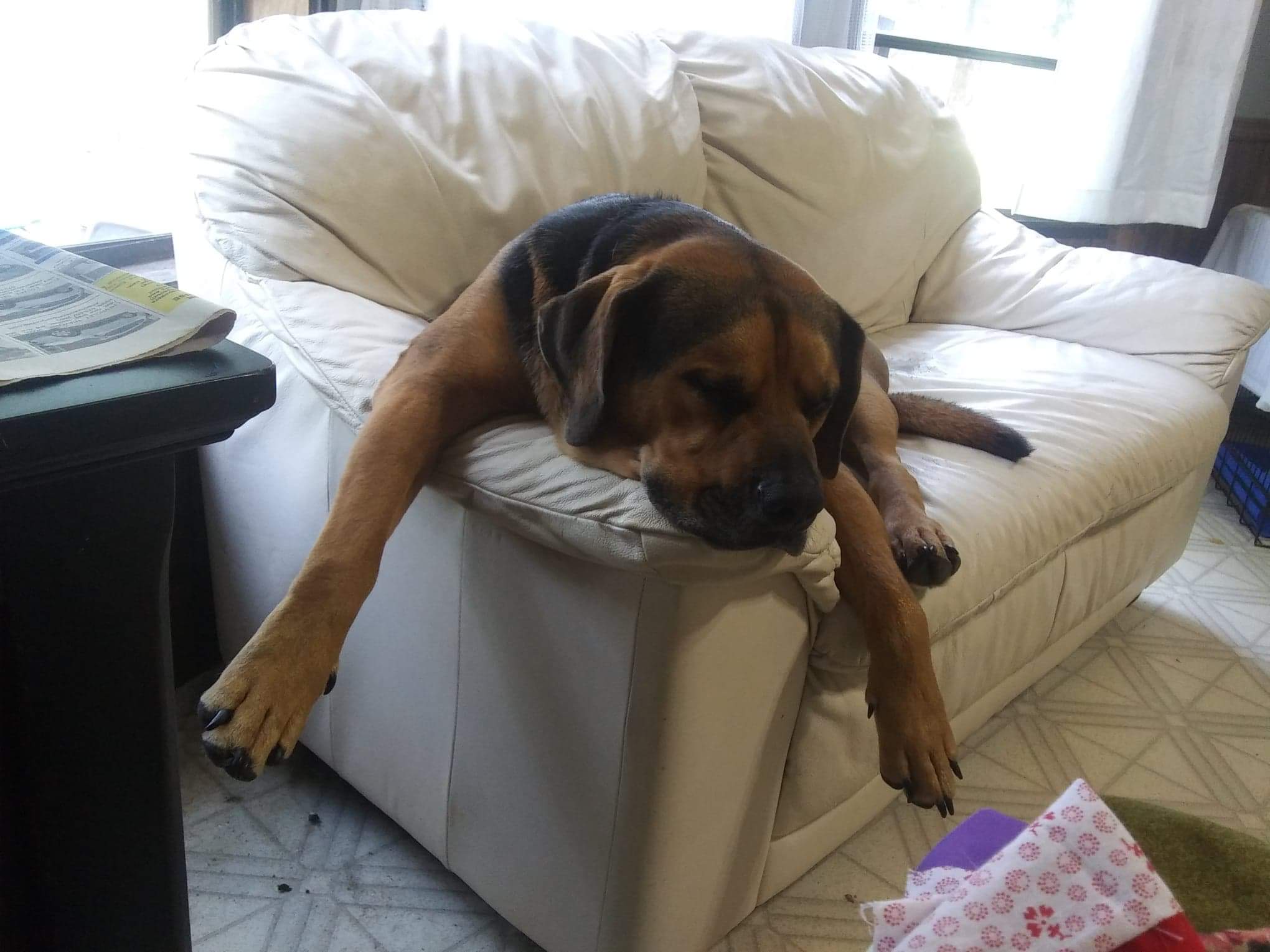 Tank has been with our family since he was a puppy. He came into a very loud and happy family. He loves Halloween costumes, birthdays and peanut butter treats. He loves his little pup cups and pig ears. He is truly the happiest when riding in a car or playing tug of war. He loves to sleep in the bed with us and thinks he is a lap dog. He loves to jump on the trampoline
and swim in the pool. Tank is incredibly smart and has learned how to get in/out of any room. He can open doors.
Tank has lived in a fenced in backyard with a family. He was kenneled the first year of his life but now sleeps on the bed with the kids. He does like to attack the mower so he has to be inside when the yard is being mowed. Tank has some basic commands down such as ‘sit’,
‘shake’, ‘heel’, ‘come’, ‘leave it’, and ‘free’. Tank has a tendency to jump up on people when he first meets them and gets excited.
Unfortunately, in the last year he has had two biting incidents. The first incident happened at a home party. Our family had a big gathering of family and friends with Tank and our other dog a German shepherd. The environment overstimulated Tank, which we think caused his unnatural
reaction. A child went to pet him and he growled. The owner tried to calm the dog and asked the child to try petting him again. Tank bit her face causing a trip to the ER and a 10 day quarantine for the dog. The owner spent six-months trying to figure out the cause, additional training and minimize his environment. Six months later Tank was home with the owner’s son and bit him in the face. Not sure what provoked the dog.
The owner is faced with either euthanasia or getting lucky enough to re-home him to an individual that is capable of providing an aggressive dog with a good life. We are unsure of the reason for his change in behavior. The owner confirmed that Tank does have some separation
anxiety when the family is away. It breaks our hearts to put him down, but we would rather do this than give him to someone
where this happens again. However, if there is someone out there with the advanced experience and energy to give Tank a second chance, he will make a wonderful companion!
If you’d like to rescue Tank, you can contact Sarah at (573) 239-6282 or
tobypugsley@101132@mail.macc.edu