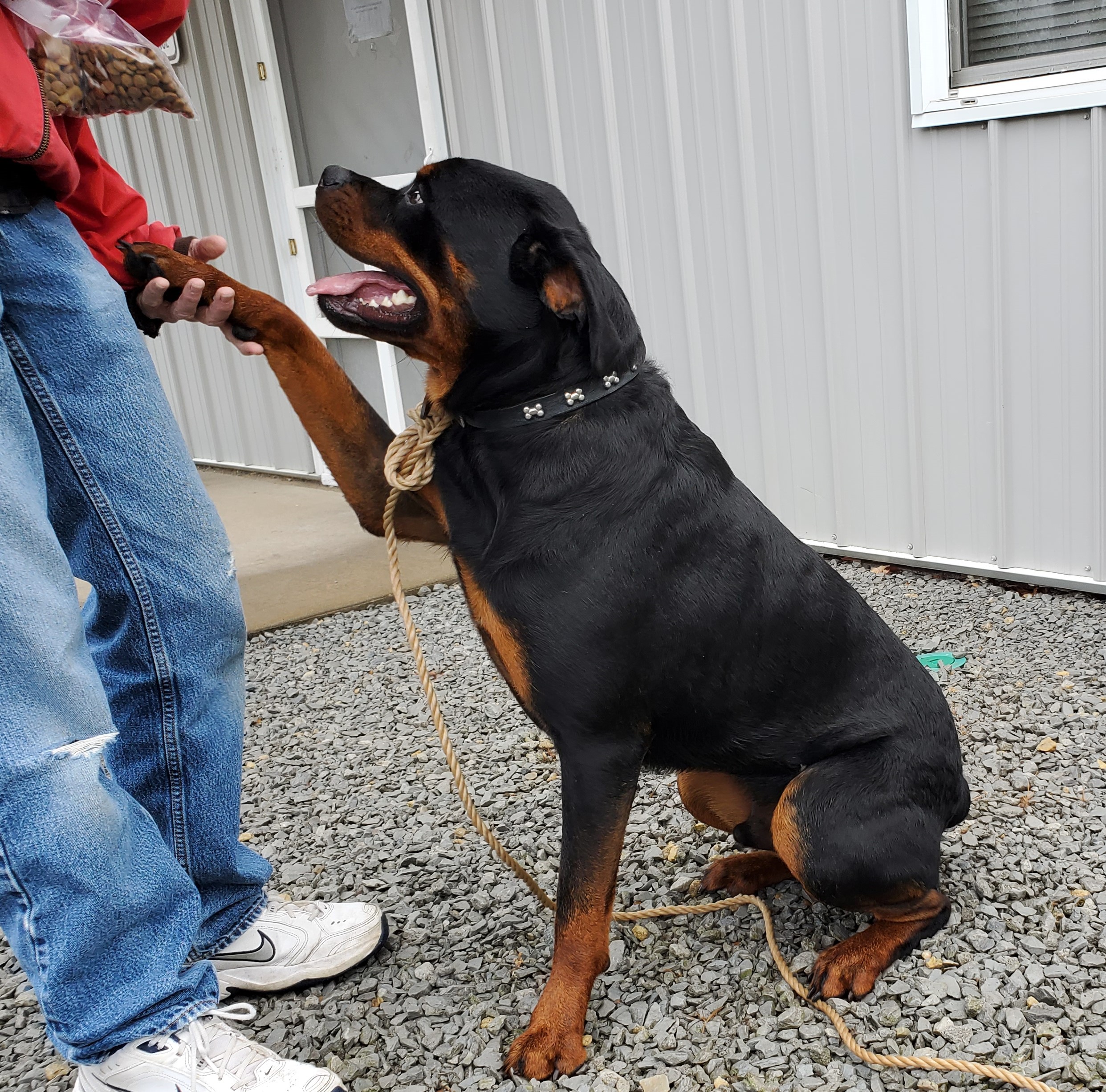 Name: Diesel
Location: Douglass, KS
Sex: Male
Weight: approx 80 lbs
Spayed/Neutered: yes
Age: 3-4 years
Good with Men: yes
Good with Women: unknown
Good with Dogs: unknown
Good with Cats: unknown
Children: unknown
House Trained: unknown
Crate Trained: unknown
Medical Issues: none known
Immunizations: unknown
Rabies: unknown
Parvo/distemper: unknown
Bordatella: unknown
Heartworm test: unknown
Characteristics: Diesels owner passed away and then was surrendered by owners family. He is a fun loving, adventurous guy and deserves a loving home.
Notes from evaluator: Diesel is a sweet energetic young guy and he let us pet him all over. I was able to touch his ears and somewhat mouth. He knows sit and shake and somewhat down. Diesel has the cutest wiggle when I scratched his butt. They said he lived with elementary and middle school age kids. He has a lot of energy and is pretty strong. He saw a truck go by after we first got there and did have a jumping and barking reaction. He calmed down as soon as it passed. Several others went by after we had been hanging out and he didn’t react, just watched intently.
Diesel will need someone that knows how to be calm and firm. He does have an “excited” threshold. He got ramped up and started jumping at the guy and mouthing his arm, grabbed his sweatshirt and was tugging on it. At one point I said turn around and the dog mouthed his hind end. This was in excited play like he would with another dog not meanness. The time he tried to do to me, he calmed down when I had him sit and distracted him with treats. Although he did bark at me demanding I give him some. Which I didn’t until he had calmed, then I rewarded. When he did it with the guy Mike, I had him walk away with Diesel and it took a couple minutes for him to calm and redirect. So he will need some work to find his triggers and not let that escalation get out of hand. I think with more exercise and smart toys, that would help expend some energy because he spends his days pretty much in a kennel.
One of the triggers might have been grabbing at his collar which Travis did.
He took treats very good. He watched very well when I had him sit.
I don’t think he is used to a lot of noises the way he looked around when things happened. I guess he was “in the trailer most of the time” and there was feces all over. A big loud train did go by and he just watched it. There were four of us hanging out, me and Mary and two guys, one was pretty tall. He did good with all of us. And we mostly just hung in one area. Diesel is at a super small shelter and they only have 3 kennels so he needs a home ASAP!.